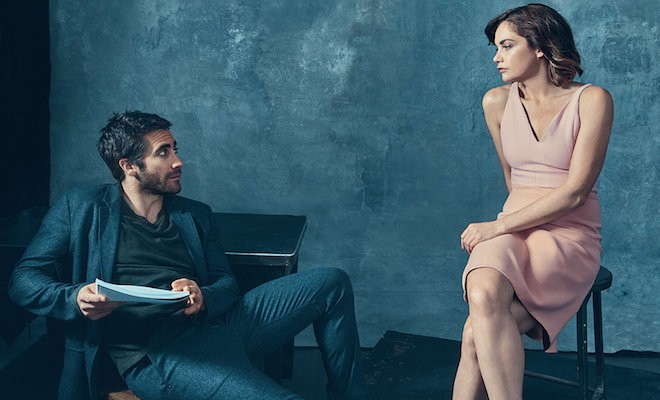 Gyllenhaal will make his Broadway debut in this piece, along with fabulous co-star Ruth Wilson. Gyllenhaal is obviously best known for his film work, having starred in “Brokeback Mountain”, “Donnie Darko”, “Proof”, “Jarhead”, to name a few. He is currently nominated for a Golden Globe for Best Actor in a Drama for his performance in the recent “Nightcrawler”. Ruth Wilson is a two-time Olivier Award winner and can currently be seen on Showtime’s “The Affair”. While this will be the first time for both Gyllenhaal and Wilson on the Great White Way, buzz has been extremely positive.

Constellations is a love story that explores one relationship and infinite possibilities. The play puts love on the other side of the telescope, as it raises questions and searches for answers beyond “the boundaries of the world we think we know”.

London reviews were extremely positive, so hopes are high for MTC’s latest presentation. Ticket sales are all but guaranteed to be stellar with A-list star Jake Gyllenhaal on the marquis. Constellations officially opens January 13 at the Samuel J. Friedman on 47th Street and is currently slated to run until March 15, so time is limited! Get your tickets while you still can.