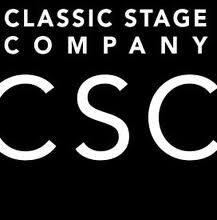 Romeo & Juliet continues CSC’s ongoing exploration of the works of William Shakespeare, which has included critically-acclaimed productions of A Midsummer Night’s Dream with Bebe Neuwirth and Taylor Mac, The Tempest with Mandy Patinkin and Hamlet with Michael Cumpsty (for which he received an Obie Award for his performance).

Julian Cihi (Romeo) is a recent graduate of the Tisch School of the Arts at New York University.  Cihi spent the summer of 2012 at the Williamstown Theatre Festival where he performed in The Importance of Being Earnest and A Month in the Country.  Following his time at the Williamstown Theatre Festival he starred in the Japanese tour of the hit musical Rent, as ‘Roger’.  Cihi was born in Japan where he lived until he was 17 before relocating to New York.

Romeo & Juliet will perform Tuesdays through Thursdays at 7 pm; Fridays at 8 pm; Saturdays at 3 pm and 8 pm and Sundays at 3 pm.  Tickets start at $60.

With Romeo & Juliet, CSC also announces ACCESS FRIDAYS, with 20 tickets at $20 each for Friday evening performances (beginning Friday, October 4).  Tickets will go on sale each Monday at 12 pm for the Friday performance of that week, available online, by phone or in person at CSC box office.

CSC is the award-winning Off-Broadway theatre committed to re-imaging the classical repertory for a contemporary American audience. Founded in 1967, CSC uses works of the past as a way to engage in the issues of today. Highly respected and widely regarded as a major force in American theatre, it has become the home to New York’s finest established and emerging artists, the place where they gather to grapple with the great works of the world’s repertory. CSC has been cited repeatedly by all the major Off-Broadway theater awards: Obies, Drama Desk, Outer Critics Circle, Drama League and the Lucille Lortel Award for Outstanding Body of Work.