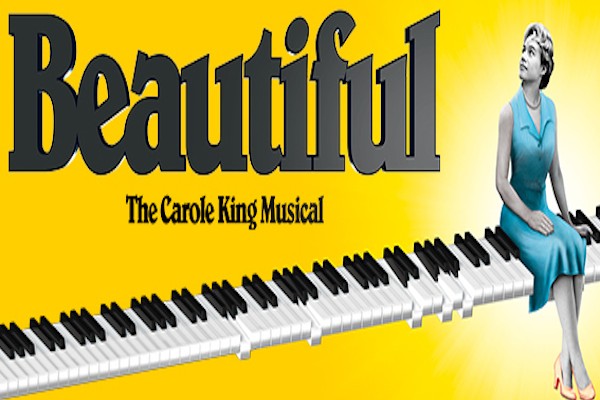 CAST RECORDING OF “BEAUTIFUL: THE CAROL KING MUSICAL ” IN DEVELOPMENT

New York, NY (February 13, 2014) – Ghostlight Records has announced the release of the Original Cast Recording of the new Broadway hit Beautiful – The Carole King Musical.  The album, produced by Jason Howland and Steve Sidwell, with Kurt Deutsch serving as Executive Producer, will be recorded on Monday, February 17th and will be available for purchase digitally and in stores this spring.  Like the musical, the cast record of Beautiful will feature a stunning array of beloved songs written by Gerry Goffin/Carole King and Barry Mann/Cynthia Weil, including “Will You Love Me Tomorrow,” “One Fine Day,” (You Make Me Feel Like A) Natural Woman,” “On Broadway,” “You’ve Lost That Lovin’ Feeling,” and many more.

Beautiful – The Carole King Musical, about the early life and career of the legendary and groundbreaking singer/songwriter, opened on Broadway at the Stephen Sondheim Theatre (124 West 43rd Street) on January 12, 2014.  Starring  Tony® Award-nominee Jessie Mueller as ‘Carole King,’ Beautiful features a book by playwright and Academy® Award-nominated filmmaker Douglas McGrath, direction by Marc Bruni and choreography by Josh Prince.

For more information on the album and to sign up for email updates, visit http://sh-k-boom.com/beautiful.

Long before she was Carole King, chart-topping music legend, she was Carol Klein, Brooklyn girl with passion and chutzpah. She fought her way into the record business as a teenager and, by the time she reached her twenties, had the husband of her dreams and a flourishing career writing hits for the biggest acts in rock ‘n’ roll.  But it wasn’t until her personal life began to crack that she finally managed to find her true voice.  Beautiful tells the inspiring true story of King’s remarkable rise to stardom, from being part of a hit songwriting team with her husband Gerry Goffin, to her relationship with fellow writers and best friends Cynthia Weil and Barry Mann, to becoming one of the most successful solo acts in popular music history.   Along the way, she made more than beautiful music, she wrote the soundtrack to a generation.

Sh-K-Boom with its imprint Ghostlight Records has become the leading independent force in Original Broadway Cast Recordings – building a library of over 130 records in the last 13 years, featuring the most successful Broadway musicals and solo albums by Broadway’s brightest stars. Founded by Kurt Deutsch and Sherie Rene Scott, Ghostlight has won two Grammy Awards (for The Book of Mormon and In the Heights) and is a frequent nominee, most recently for the OBCR of Disney’s Newsies and new cast recording of Anything Goes. Other notable recent releases include Pippin, Rodgers + Hammerstein’s Cinderella, and Hands on a Hardbody, plus The Last Five Years, Giant, Dogfight, Natasha, Pierre and the Great Comet of 1812 and the premiere recording of Carrie. The label has also released solo albums from some of Broadway’s biggest names: Sutton Foster, Kelli O’Hara, Alice Ripley, Christine Ebersole, Melissa Errico and Ben Vereen. Additional titles on Ghostlight include Next to Normal, Hair, Legally Blonde, Everyday Rapture, Passing Strange, Dirty Rotten Scoundrels, The 25th Annual Putnam County Spelling Bee and The Drowsy Chaperone. Sh-K-Boom Entertainment is a producer of the upcoming film version of The Last Five Years, written and directed by Richard LaGravenese and starring Anna Kendrick and Jeremy Jordan. It is expected for release this year. www.sh-k-boom.com.

← Previous Story “submissions only” is back
Next Story → ALADDIN: NEW CHARACTER PORTRAITS & VIDEO