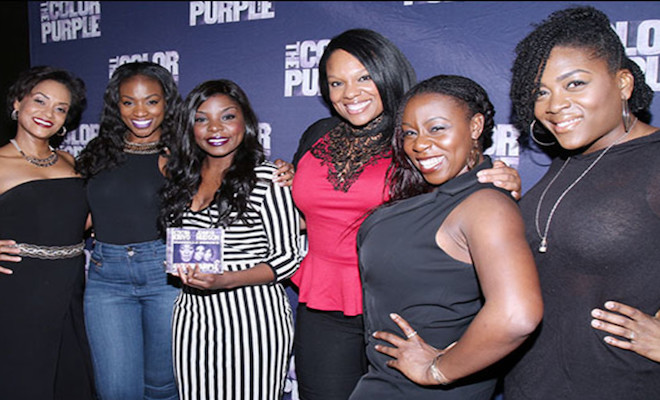 Carrie Compere is Sofia in ‘The Color Purple’

CARRIE COMPERE
To assume the role of Sofia in
The Tony Award-Winning Revival
THE COLOR PURPLE
Beginning Tuesday, November 15

October 13, 2016 – Beginning performances Tuesday, November 15, CARRIE COMPERE will assume the role of Sofia in John Doyle’s Tony Award-winning production of the Broadway musical, THE COLOR PURPLE. Tony nominee DANIELLE BROOKS, who originated the role, will give her final performance on Sunday, November 13.

CARRIE COMPERE assumes the role of Sofia after performing as one of the original “Church Ladies” in the Tony Award-winning revival. Carrie has also performed on Broadway in Holler If Ya Hear Me and Off-Broadway in Sistas the Musical as Gloria. Carrie appeared in the first national tour of Shrek the Musical and regionally in Smokey Joe’s Cafe at TUTS. Her TV credits include “NYC 22” (CBS), “Gurland on Gurland” (Showtime), and “Show Boat: Live at Lincoln Center” (PBS).

THE COLOR PURPLE opened to rapturous reviews on December 10th at the Bernard B. Jacobs Theatre (242 West 45th street), under the direction of Tony Award winner John Doyle.

“ONE OF THE GREATEST REVIVALS EVER,”
– Jesse Green, New York Magazine

“WOW! A DIRECT HIT TO THE MIND AND GUT – IT FLOORS YOU,
LEAVING YOU BOTH DRAINED AND EXHILARATED.”
– David Rooney, Hollywood Reporter