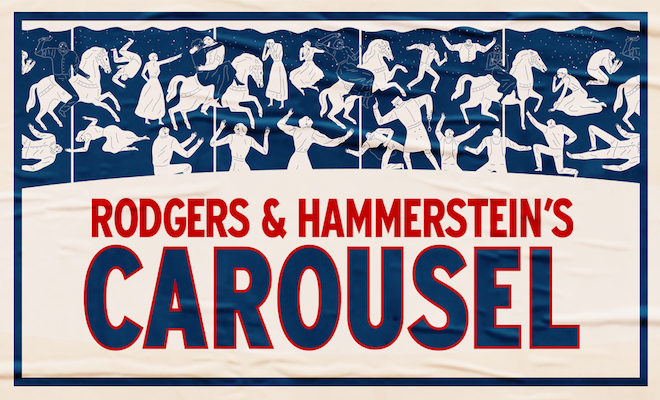 New York, NY – The box office of the Imperial Theatre (249 West 45th Street) opens today at 10 a.m. for Rodgers & Hammerstein’s classic musical Carousel. Simultaneously, a cast of 39 assembles for the first day of rehearsal under the direction of three-time Tony Award® winner Jack O’Brien and choreography by Justin Peck for this most deeply anticipated production of the new season which begins preview performances on Wednesday, February 28 and officially opens on Thursday, April 12.

The cast for this first new production in over 20 years is led by Tony Award nominee Joshua Henry as Billy Bigelow, Tony Award winner Jessie Mueller as Julie Jordan, and Renée Fleming, in her first appearance in a Broadway musical, as Nettie Fowler. They are joined by Lindsay Mendez as Carrie Pipperidge, Alexander Gemignani as Enoch Snow, Margaret Colin as Mrs. Mullin, John Douglas Thompson as the Starkeeper, Amar Ramasar as Jigger, and Brittany Pollack as Louise.

Set in a small New England factory town, Rodgers & Hammerstein’s timeless musical Carousel describes the tragic romance between a troubled carnival barker and the young woman who gives up everything for him. Elevated to an epic scale with a sweeping musical score that features some of the most beloved numbers in the American songbook, and incandescent ballet sequences, this story of passion, loss, and redemption introduced Broadway to a new manner of musical drama and would captivate theatergoers for generations to come.

Carousel played its world premiere on Broadway at the Majestic Theatre on April 19, 1945, and received unanimous raves. Brooks Atkinson in The New York Times called Carousel “nothing less than a masterpiece.” John Chapman of the Daily News proclaimed it “the finest musical play I have ever seen.”

In 1999, Time Magazine named Carousel the best musical of the century, saying that Rodgers & Hammerstein “set the standard for the 20th-century musical, and this show features their most beautiful score and the most skillful and affecting example of their musical storytelling.”