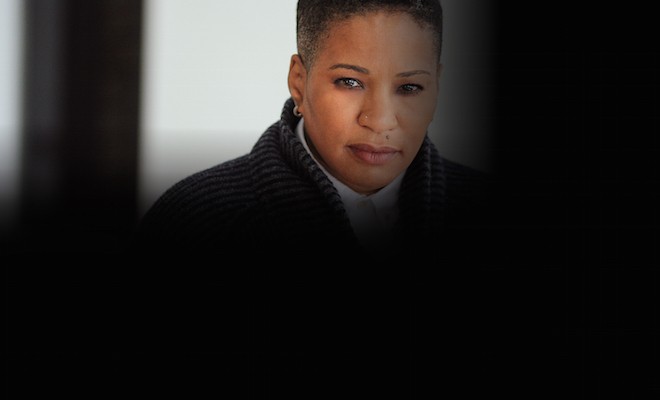 March 9, 2015 – The Public Theater (Artistic Director, Oskar Eustis; Executive Director, Patrick Willingham) will begin previews for the New York premiere of BUZZER on Tuesday, March 24. Written by Tracey Scott Wilson, BUZZER marks the return of Wilson to The Public following her acclaimed The Good Negro in 2009 and The Story in 2003. Directed by Obie award winner Anne Kauffman, BUZZER will run in The Public’s Martinson Theater through Sunday, April 26, with an official press opening on Wednesday, April 8.

Member tickets, priced at $35, and single tickets, starting at $55, are available now and can be accessed by calling (212) 967-7555, www.publictheater.org, or in person at the Taub Box Office at The Public Theater at 425 Lafayette Street. The Library at The Public is open nightly for food and drinks, beginning at 5:30 p.m., and Joe’s Pub at The Public continues to offer some of the best music in the city.

Free tickets to the first preview on Tuesday, March 24 will be available via TodayTix mobile lottery, launching Tuesday, March 17. Winners will be notified by email and push notifications between 12:00 p.m. and 3:00 p.m. on the day of the first preview. Winners must confirm their winning tickets in the TodayTix app within one hour of being notified. A limited number of tickets will also be distributed, beginning at 12:00 p.m., via lottery in the lobby of The Public Theater at Astor Place at 425 Lafayette Street.

BUZZER is a darkly funny, intensely gripping new play about love, fear and the high costs of choosing who we make a home with, and where. Jackson left his tough Brooklyn neighborhood by winning a scholarship to Exeter, where he met Don, a play-hard rich boy who became his unlikely best friend. Now a Harvard-educated lawyer, Jackson’s bought a place in the newly gentrifying area he grew up in. But Jackson’s white girlfriend, Suzy, isn’t so sure she belongs in a community “on the verge.” When Don comes to crash with his old buddy and stay clean, his stories of the neighborhood’s dangerous past collide with the growing disconnect between Jackson and Suzy, and the treacherous sexual and racial tensions waiting just beyond the door and demanding to be let in.

ANNE KAUFFMAN (Director) is an Obie Award-winning director whose production highlights include Somewhere Fun and God’s Ear at Vineyard Theatre; Detroit and Your Mother’s Copy of the Kama Sutra at Playwrights Horizons; Belleville at New York Theatre Workshop, Yale Repertory Theatre and Steppenwolf Theatre Company; Tales from My Parents’ Divorce with the Civilians; This Wide Night at Naked Angels; The Thugs at Soho Rep. Kauffman is a recipient of the Joan and Joseph F. Cullman Award for Extraordinary Creativity, the Alan Schneider Director Award and a Lilly Award.

TRACEY SCOTT WILSON (Playwright) currently writes for “The Americans” on FX. Recent productions include Buzzer at the Goodman Theater, Pillsbury House Theater, and The Guthrie, as well as The Good Negro and The Story at The Public Theater and the Goodman Theater. Additional productions include Order My Steps for Cornerstone Theater’s Black Faith/AIDS project in Los Angeles; and Exhibit #9, which was produced in New York City by New Perspectives Theatre and Theatre Outrageous; Leader of the People produced at New Georges Theatre; two ten-minute plays produced at the Guthrie Theatre in Minneapolis; a ten minute play produced at Actors Theatre of Louisville. Tracey has had readings at the New York Theatre Workshop, Second Stage Theatre, The Public Theater, Williamstown Theater Festival and Soho Theatre Writers Centre in London. Ms. Wilson holds a Master’s degree in English Literature from Temple University.

GRANTHAM COLEMAN (Jackson) has performed in The Public Theater’s Shakespeare in the Park production of As You Like It. His additional Off-Broadway credits include Choir Boy; One Night; and We Are Proud to Present… He has been seen regionally in Romeo and Juliet, and he has appeared on FX’s “The Americans.”

TESSA FERRER (Suzy). Ferrer’s theater credits include Brilliant Faces, Proof, The House in Illium Valley, Turning, Carpe Tunnel, The Journey of the Fifth Horse, and others. Her film credits include Go For Sisters, Abducted, The Visiting Hour, Nobody’s Night, and Succession. Her television credits include CBS’s “Extant,” and ABC’s “Grey’s Anatomy.”

MICHAEL STAHL-DAVID (Don) has been seen in Roundabout’s The Overwhelming. His film and television credits include Take Care, In Your Eyes, The Congress, Cloverfield, “New Girl,” “Person of Interest,” “Numb3rs,” “Mercy,” and “The Black Donnelly’s.”

ABOUT THE PUBLIC THEATER
Under the leadership of Artistic Director Oskar Eustis and Executive Director Patrick Willingham, The Public Theater is the only theater in New York that produces Shakespeare, the classics, musicals, contemporary and experimental pieces in equal measure. The Public continues the work of its visionary founder, Joe Papp, by acting as an advocate for the theater as an essential cultural force, and leading and framing dialogue on some of the most important issues of our day. Creating theater for one of the largest and most diverse audience bases in New York City for nearly 60 years, today the Company engages audiences in a variety of venues—including its landmark downtown home at Astor Place, which houses five theaters and Joe’s Pub; the Delacorte Theater in Central Park, home to its beloved, free Shakespeare in the Park; and the Mobile Unit, which tours Shakespearean productions for underserved audiences throughout New York City’s five boroughs. The Public’s wide range of programming includes free Shakespeare in the Park, the bedrock of the Company’s dedication to making theater accessible to all; Public Works, a new initiative that is designed to cultivate new connections and new models of engagement with artists, audiences and the community each year; new and experimental stagings at The Public at Astor Place, including Public Lab; and a range of artist and audience development initiatives including its Public Forum series, which brings together theater artists and professionals from a variety of disciplines for discussions that shed light on social issues explored in Public productions. The Public Theater is located on property owned by the City of New York and receives annual support from the New York City Department of Cultural Affairs; and in October 2012 the landmark building downtown at Astor Place was revitalized to physically manifest the Company’s core mission of sparking new dialogues and increasing accessibility for artists and audiences, by dramatically opening up the building to the street and community, and transforming the lobby into a public piazza for artists, students, and audiences. Key elements of the revitalization an expanded and refurbished lobby; the addition of a mezzanine level with a new restaurant lounge, The Library, designed by the Rockwell Group. www.publictheater.org

The LuEsther T. Mertz Charitable Trust provides leadership support for The Public Theater’s year-round activities; Bank of America, Proud Season Sponsor of Shakespeare in the Park; The Harold & Mimi Steinberg New Play Development Fund at The Public Theater Supports the Creation and Development of New Plays; The Philip and Janice Levin Foundation – Lead Supporter of The Public’s Access and Engagement Programming; The Time Warner Foundation, Founding Sponsor of The Emerging Writers Group; Delta Air Lines, Official Airline of The Public Theater; New York Magazine is the official print sponsor of The Public Theater’s 2014-2015 downtown season; Public support is provided by the New York City Department of Cultural Affairs; the New York State Council on the Arts, a state agency; and the National Endowment for the Arts, an independent federal agency.