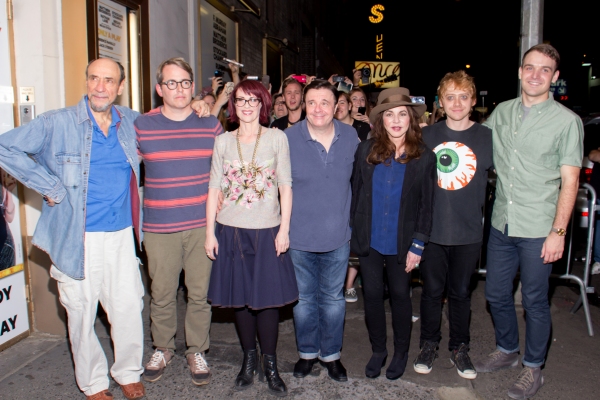 BROADWAY HOSTS A BEVY OF STARS, BUT AFTER ALL, “IT’S ONLY A PLAY”

An Oscar & Golden Globe winner, two two-time Tony winners, a two-time Emmy winner, a three-time Emmy winner, a People’s Choice Award winner, and a guy making his Broadway debut. According to the bright, bold, glistening marquee positioned atop the Schoenfeld Theatre, It’s Only a Play, but the magnitude of star power held by each one of its players suggests, without a doubt, that the new revival of Terrence McNally’s 1986 hit (re-written to be relevant to present day) is sure to be something more.

The play itself follows playwright Peter Austin (Broderick), as he celebrates the opening night of his latest play with a bevy of guests, among them his best friend, his leading lady, his director, his producer, and a particularly lethal critic, each played by one of the stars from the bevy mentioned above.

Given the subject matter and the title, the piece is said to be aimed at theatre people — chock full of in-jokes that are aimed at every job in the business — so insiders, get your tickets now! Non-insiders, have no fear; though reliant on show biz jargon, the show is not so cut-and-dry so that average theatergoers will be lost watching the show.

By the end of the evening, you’re sure to say—to borrow from that legendary Berlin lyric—“there’s no business like show business.”

It’s Only a Play, currently in previews, will officially open on October 9, and enjoys a limited run ending January 5, 2015, so get your tickets while you can!