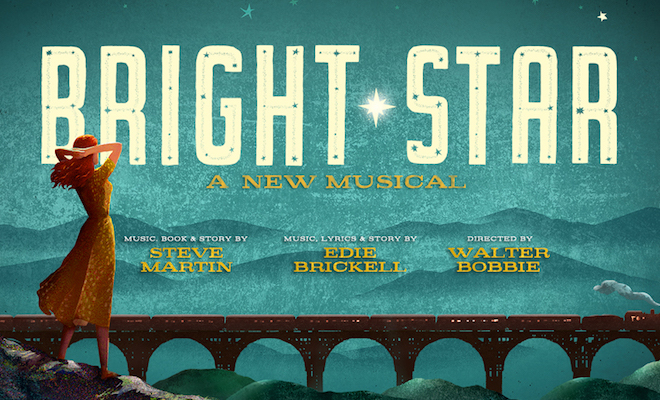 “BRIGHT STAR” TO PLAY ITS FINAL BROADWAY PERFORMANCE ON

“So much of Bright Star’s beauty comes from the fact that it is utterly free of irony,” said Joey Parnes. “In these cynical times, this quality proved to be totally refreshing to audience members, and also created a unique challenge in attracting them. I am so proud of this show, and I am glad that Steve, Edie and Walter, and this incredible company, brought its unique spirit to our city, if only for a while.”

The original cast recording of Bright Star is now available everywhere, and charted on five different Billboard lists in its first week of wide release. The cast album from Ghostlight Records placed at #1 on the Top Current Blue Grass Albums chart, #2 on the Top Broadway chart, #5 on the Americana/Folk Albums chart, as well as hitting the Top 100 on the Billboard Top Albums chart and Top 200 on the Overall Digital Albums chart. The album is produced by the legendary, multi-Grammy Award-winning producer, manager, and musician Peter Asher.

A workshop production of Bright Star was presented by New York Stage and Film & Vassar at the Powerhouse Theater in the summer of 2013, and the show had its World Premiere at The Old Globe in San Diego, CA (Barry Edelstein, Artistic Director; Michael G. Murphy, Managing Director) on September 28, 2014.