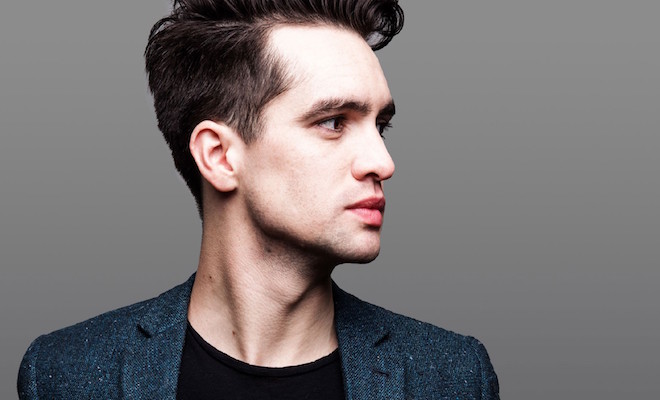 PANIC! AT THE DISCO’S
BRENDON URIE
TO STRUT ON BROADWAY THIS SUMMER
AS CHARLIE PRICE IN
“KINKY BOOTS”

URIE MAKES HIS BROADWAY DEBUT
FRIDAY, MAY 26
AT THE HIRSCHFELD THEATRE

“I’m thrilled to be making my Broadway debut with this fantastic company,” Urie said. “I’m a huge fan of Kinky Boots and musical theatre, and am honored to be joining the cast.”

Brendon Urie is the frontman of the Grammy-nominated, award-winning, internationally acclaimed rock band, Panic! At The Disco. The band’s fifth-studio album, Death Of A Bachelor, debuted No. 1 on the Billboard 200 Chart with their single “Victorious” debuting at No. 1 on iTunes Top Songs, iTunes Alternative Songs, Billboard + Twitter’s Trending 140 charts just hours after its release. In addition, platinum-certified Death Of A Bachelor was the #4 biggest selling album released in 2016 just behind Drake, Beyonce, and Rihanna respectively and has amassed over 500 million streams.

The winner of six 2013 Tony® Awards, including Best Musical, Kinky Boots features a Tony® Award-winning score by Cyndi Lauper, a book by Tony® Award-winner Harvey Fierstein and direction and choreography by Tony Award-winner Jerry Mitchell. Kinky Boots tells the uplifting and heartwarming tale of Charlie Price, a young man reluctantly taking over his family’s struggling shoe factory and looking for a fresh idea. Charlie meets and finds inspiration in Lola and together, they discover that it takes a good friend to make a great pair.

Kinky Boots has won every major Best Musical Award and is represented around the world with the Tony Award-winning Broadway company now in its fifth year, a North American First National Tour in its third year, a London production in its second year (where it won the 2016 Olivier Award for Best Musical), an Australian production that opened in October 2016 and an upcoming production in Germany. Other previous productions include an extended run in Toronto, two productions in Korea, and a Japanese language production. The Grammy Award-winning Original Broadway Cast Recording of Kinky Boots is available on Sony Masterworks Broadway.

The performance schedule for Kinky Boots is as follows: Tuesday at 7pm, Wednesday at 2pm and 8pm, Thursday at 7pm, Friday at 8pm, Saturday at 2pm and 8pm, and Sunday at 3pm (see KinkyBootsTheMusical.com for variations). There is a general ticket lottery each day; lottery entries will be accepted online (lottery.kinkybootsthemusical.com) beginning at the curtain time of the previous performance up to 3.5 hours prior to curtain of the desired performance, and names will be chosen at random, for a limited number of $37 tickets. See KinkyBootsTheMusical.com for details and restrictions.