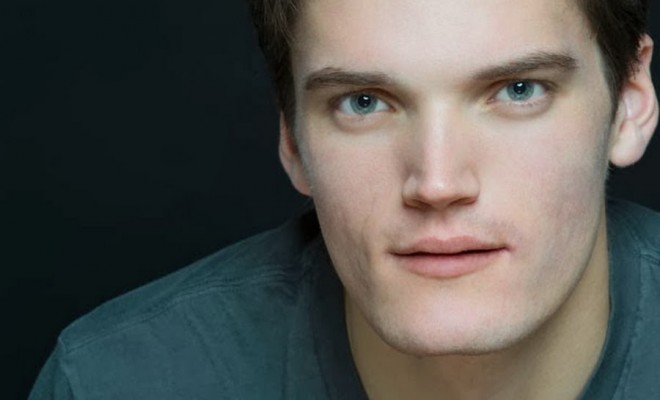 “God, I hope I get it!”
If I had a penny for every time I’ve said this, I could live in a loft in the Village for a year and not bat an eye. If I pooled together the pennies of the thousands of other New York actors who utter the same sentiment on a daily basis, I’m fairly certain that we could open our own Broadway theater and keep it running for several years without needing to charge our audience members for attending a single performance.

Okay, maybe I exaggerate a teensy bit, but you get the idea. New York is the land of actors, a place where most everyone wants to bask in the glow of the neon lights—and why shouldn’t they? Unfortunately, and I am loathe to even mention it for fear of shining light on what could very well become my own reality, history has shown the actors of the world that the odds are rarely in their favor. As friends, parents, neighbors, and other supporters have gently (and sometimes not-so-gently) tried telling us, “making it” as a performing artist is not next to normal—it’s close to impossible.

But every now and then, when preparation meets opportunity and the clouds open up and a bright light shines down from the heavens to the sound of epic trumpet fanfare, an actor gets the phone call of his/her life telling him/her that the impossible has happened: he/she has been cast in a Broadway show.

While I have yet to receive such a phone call (keyword: yet!), I have been fortunate enough to watch several of my peers defy the odds and make stunning Broadway debuts, some of them right out of school. Most recently, a good friend of mine made his debut in the hit musical Mamma Mia!, which is now in its 13th year on Broadway. From my swanky boxed seat, I tried to contain my excitement as the house lights dimmed and the show began.
Enter Jon Jorgenson.

How do I put this? Jon is tall. At 6’ 4”, he towers over everyone in sight and commands immediate attention when he strolls across the stage. Even though he is fresh out of Carnegie Mellon University’s acting program, you’d never know it; he carries himself with a laid-back confidence that immediately demonstrates how comfortable he is on stage. In the role of Sky, he exudes all the qualities of a leading man while at the same time retaining the youthful charm that he carries with him in everyday life. He is one of those enviable performers who make it all look so darn easy when, as we all know, it is anything but. After being positively dazzled by the entire production, I had just under a million questions for Jon about his experience in the show, his other creative projects, and his advice for other young artists hoping to someday do what he does. Even with his demanding performance schedule, he was more than happy to fill me in on his life as a young Broadway actor.

Josh Conrad: I must know: what was it like making your Broadway debut so soon after you graduated?

JJ: Obviously it was a dream come true. But mostly it was extremely humbling.There are so many incredible young actors out there, many of whom are more talented and better-looking then me, but I found myself in the right place in the right time. I’ve worked hard to get to where I am, but I am also acutely aware of how lucky and blessed I am to have this opportunity, and I did nothing to earn that.

JC: What has your experience in Mamma Mia been like so far?

JJ: It’s been one where I have been constantly trying to learn. I have never done a run this long before with a schedule this intense. I’m also the youngest person in the cast, surrounded by so many people who have a wealth of experience and knowledge. I try and walk in with the attitude of what can I learn about myself as an actor, performer, and person everyday.

JC: Tell us about the demands of your specific track playing Sky.

JJ: Sky is a deceptively difficult track. The grand total of stage time is probably just shy of thirty minutes and the solo singing only amounts to about thirty-two bars. This can prove difficult because it’s hard to get into the rhythm of the show when you have ten, fifteen and twenty minute breaks. Yet Sky still has to remain a central part of the story at the forefront of the audience’s mind. Also, if you don’t nail your one short song, you will not have time to make up for it.

JC: Do you have a pre-show ritual?

JJ: I’m pretty relaxed and low key before the show. I put on my Chicago Bulls warm up, go down to the stage and do some physical and vocal warm ups. There I recite a short selection of Shakespeare. I figure it’s best to warm up with the best text ever written. I memorize a different short passage every week. Then I go to my dressing room and journal until the show starts.

JC: I’m curious to hear about your process now based on your CMU training. What major lessons have you carried with you and what discoveries have you made on your own?

JJ: Honestly, because I had spent six months doing nothing but auditioning once school ended for me, I actually sort of forgot that I didn’t go to school to learn to audition, but I went to school to learn how to play roles. It took me until about my third week of performances to remember to dip into my toolbox of all the things I had learned at school. Once I did, it changed everything. I think that’s the benefit of a really good education as an actor. When you find yourself doing a long run, you have all this technique and all these tools that you can fall back on to keep things fresh. You can put a different hat on every night and experience that show differently.

JC: What are the perks of being a Broadway actor? On the other side of that coin, what are the downsides?

JJ: Other than the obvious perks of getting to do what you love and being paid a decent wage to do it, I would say that community of being not just in a cast, but being a part of a community that is committed to telling all different kinds of stories at the same time, every night, in the course of 10 or so blocks. That is amazing. You don’t get that anywhere else in the world. Downsides, you don’t have evenings or weekends or holidays free like everyone else. Just like any job, there are sacrifices you have to make, but if you love the work enough, you’re willing to make them.

JC: What would you say to a young artist fresh on the scene looking to find his or her way in a world that does not readily accept artists and their pursuits?

JJ: Doing what you love is not some zen, hippie, feel-good way of living life. Pursuing a life of passion and chasing your dreams, especially your artistic dreams, requires hard freaking work. Too many people hear “do what you love” and they think the most important word in that sentence is love when in reality, the most important word is do. You gotta get out there and do something.

JC: What do you think is the most important thing young artists hoping to succeed in their craft need to focus on?

JC: If you could only watch one actor work every day for the rest of your life, who would you pick and why?

JC: Which performance did you recently attend that knocked your socks off?

JJ: I would say Mark Rylance, but that would be too predictable. I would say that entire company of A Raisin in the Sun. Their storytelling made that play which was written half a century ago seem more relevant than any contemporary work I’ve seen in a while.

JC: The musical that changed your life?

JJ: The Sound of Music. The movie with Julie Andrews was the first musical I ever saw. When I was seven I would sit through all three hours of it with my mom. I loved it.

JC: Do you have a favorite stage door moment thus far?

JC: What other character in the show would you love to try? (It can be male or female!)

JC: Any dream roles you’ve got your eye on?

JJ: To be honest, not really. I’m more interested in finding the right roles at the right time. Timing is huge in this industry, and if you focus too much on a specific role, show, or company, you might miss out on some great jobs.

JC: You’ve had so many incredible life experiences this year. Is there anything else you hope to accomplish in 2014?

JJ: I plan on proposing to my girlfriend. I hope she says yes!

For more on Jon Jorgenson, check out his website at www.jonjorgensonblog.com and follow his work with The Anima Series on YouTube! Be sure to check out his performance as Sky in Mamma Mia! at the Broadhurst Theater, now in its 13th year on Broadway! Follow him on Twitter @jonjorgenson.