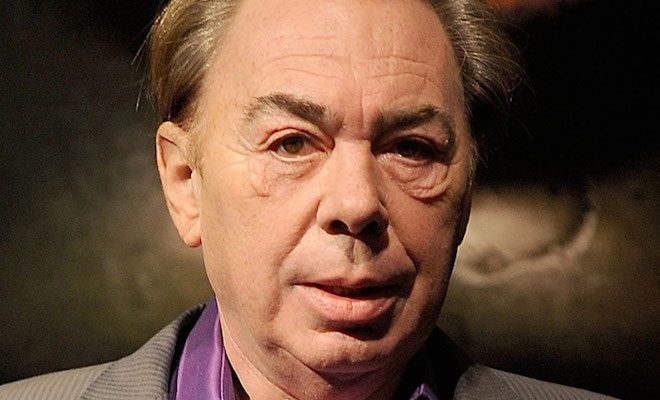 New York, NY (October 20, 2015) – Andrew Lloyd Webber announced today that he will provide musical instruments for twenty public middle schools across New York City as part of a new program called “Rock the Schools.” Lloyd Webber has gifted the City of New York’s Fund for Public Schools with $150,000 toward new instruments at a benefit dinner hosted by the Mayor de Blasio and First Lady, Chirlane McCray for the Gracie Mansion Conservancy earlier this evening. The schools will use these instruments to start music education programs.

“I have been passionate about the importance of music in education ever since I wrote Joseph and the Amazing Technicolor Dreamcoat for a school nearly 50 years ago,” said Andrew Lloyd Webber. “The Andrew Lloyd Webber Foundation has pioneered a scheme in problem public schools in Britain where every child receives a free musical instrument and free music tuition for their entire school career. 3,000 children are now part of this scheme and their academic achievements as a result have been transformed.”

“Providing our children with opportunities to learn and make music is key to encouraging and empowering their creativity,” said Gabrielle Fialkoff, senior advisor to the Mayor and director of the Mayor’s Office of Strategic Partnerships. “‎Thanks to Lord Lloyd Webber’s generous gift, a lack of available musical instruments won’t stand in the way of those opportunities for thousands of middle school students. We’re proud to have coordinated this contribution on behalf of the Fund for Public Schools, and look forward to seeing the wonderful art that comes out of these 20 schools.”

With Lloyd Webber’s generous gift, the New York City Department of Education’s Office of Arts and Special Projects will identify 20 schools that are prepared to develop a music instruction program and will hire new instrumental music teachers. School leaders must make a three-year commitment to the instrumental music program.

The donation of instruments will serve as a catalyst for principals to build out a band or orchestra instruction program for their schools. In addition, the Department of Education believes that new instruments will be an effective way to leverage the hiring of new middle school instrumental music teachers.

Schools with music programs have an estimated 90.2% graduation rate and 93.9% attendance rate compared to schools without music education, which average 72.9% graduation and 84.9% attendance. Children who study a musical instrument are more likely to excel in all of their studies, work better in teams, have enhanced critical thinking skills, stay in school, and pursue further education.

The new initiative extends the work of Andrew and Madeleine Lloyd Webber in the UK with the Andrew Lloyd Webber Foundation’s support of “Music in Secondary Schools Trust.” Empowering children through music is the core message at the heart of Lloyd Webber’s upcoming new Broadway show, School of Rock – The Musical.

School of Rock – The Musical will begin preview performances at Broadway’s Winter Garden Theatre (1634 Broadway) on Monday, November 9, 2015, with an opening set for Sunday, December 6, 2015. Based on the smash hit 2003 film of the same title, School of Rock – The Musical will feature music from the movie, as well as an original score by Andrew Lloyd Webber and lyricist Glenn Slater, with a book by Julian Fellowes and direction by Laurence Connor (currently represented on Broadway by Les Miserables).