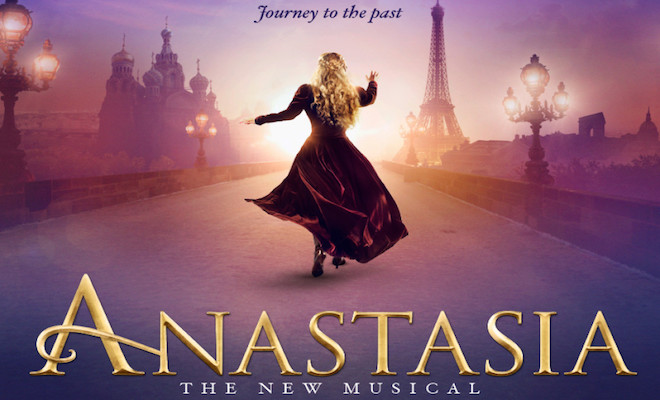 The company of ANASTASIA will be led by Christy Altomare as Anya, Derek Klena as Dmitry, John Bolton as Vlad Popov and Caroline O’Connor as Countess Lily Malevsky-Malevitch. Additional casting will be announced soon.

From the twilight of the Russian Empire to the euphoria of Paris in the 1920s, the new musical, ANASTASIA, is the romantic, adventure-filled story of a brave young woman attempting to discover the mystery of her past. The new musical is inspired by the Twentieth Century Fox Motion Pictures.

ANASTASIA features beloved songs from the 1997 film, including Ahrens and Flaherty’s Oscar-nominated “Journey to the Past,” as well as an entirely new score from the Tony Award-winning team.

TICKETS:
Tickets will go on sale in Fall 2016. Group tickets are now on sale. For more information, visit www.anastasiabroadway.com or call 800-432-7780.