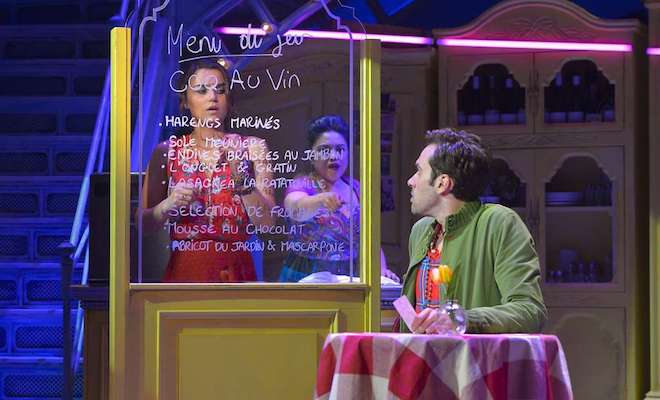 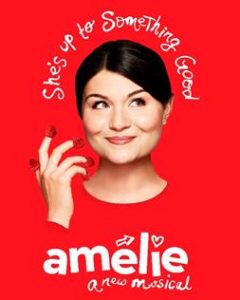 (New York, NY) Tickets for AMÉLIE, A NEW MUSICAL are now on sale to the general public at ticketmaster.com or by calling 877.250.2929.

In 2015, AMÉLIE, A NEW MUSICAL had its critically acclaimed world premiere at Berkeley Repertory Theatre, which topped “Best Theater of 2015” lists in the Los Angeles Times and the San Francisco Chronicle.

AMÉLIE is the new Broadway musical based on the beloved five-time Oscar®-nominated film.

Shy Amélie lives quietly in the world, but loudly in her mind… where life is filled with mischievous adventures, a garden gnome can be an international rock star, a goldfish can be her dearest friend and true love is as magical as she imagines. Longing to connect with others, Amélie covertly improvises small, but extraordinary acts of kindness that bring happiness to those around her. But when she falls for an equally eccentric young artist, she must find the courage to follow her own heart.

Directed by Tony winner Pam MacKinnon (Who’s Afraid of Virginia Woolf?), with a book by Pulitzer Prize and Tony nominee Craig Lucas (The Light in the Piazza), music by Daniel Messé and lyrics by Nathan Tysen & Messé, and musical staging and choreograph by Sam Pinkleton, AMÉLIE arrives on Broadway in a heart-lifting and delightfully imagined production that captures all the quirky wonder of the film…no subtitles required!

Additional casting will be announced at a later date.

Performance Schedule
The regular performance schedule for AMÉLIE, A NEW MUSICAL is: Tuesday – Thursday at 7:30pm (8pm during previews); and Friday & Saturday at 8pm; with matinees at 2pm on Wednesday & Saturday, and 3pm on Sunday. For changes to the schedule, visit AmelieBroadway.com.

WHAT THE CRITICS ARE SAYING ABOUT AMÉLIE, A NEW MUSICAL

“A sparkling musical comedy that slyly revels in the infinite possibilities of theatrical merrymaking. The score flowers with originality. The impressive lyric writing of Tysen and Messé made me want to listen harder. The best songs mix outlandish wit with genuine feeling. It’s a credit to the enchantment of the authors and MacKinnon’s production that the storybook ending feels both earned and true.” – Charles McNulty, Los Angeles Times