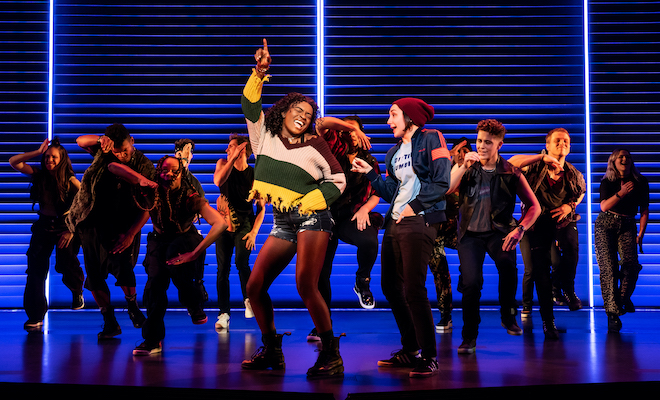 NEW YORK, NY (December 17, 2019) – The new Broadway musical JAGGED LITTLE PILL will be ringing in 2020 live in Times Square this New Year’s Eve, as the cast makes its first-ever stage performance with seven-time Grammy Award-winning composer-lyricist ALANIS MORISSETTE. Performing for a Times Square audience of more than one million people, Morissette and the cast will appear on “DICK CLARK’S NEW YEAR’S ROCKIN’ EVE WITH RYAN SEACREST 2020.” The broadcast of the live program begins at 8:00PM EST on Tuesday, December 31 on the ABC Television Network.

dick clark productions and ABC today announced that multi-platinum selling artist Post Malone will headline “Dick Clark’s New Year’s Rockin’ Eve with Ryan Seacrest 2020” in his Times Square debut performance just minutes before the ball drops, with global sensations BTS and country music superstar Sam Hunt completing the lineup alongside Morissette and Jagged Little Pill, for America’s biggest celebration of the year. Additionally, as part of the broadcast, presenting sponsor YouTube will take a look back at the biggest trends on YouTube from the past decade, plus make a surprise announcement.

“We are so lucky to have Post Malone performing for the world right before the iconic ball drop,” said Mark Bracco, executive producer and EVP, Programming and Development, dick clark productions. “Add to that superstars like BTS, Sam Hunt and Alanis Morrissette and it promises to be a memorable New Year’s Eve in Times Square.”

“Ringing in the new year with this unbelievable roster of talent is sure to be a magical event,” said Rob Mills, senior vice president, Alternative Series, Specials and Late Night, ABC Entertainment. “We couldn’t be more excited to honor and share this iconic celebration with the world.”

“Dick Clark’s New Year’s Rockin’ Eve with Ryan Seacrest 2020” marks the 48th anniversary of America’s biggest celebration of the year and will include 5½ hours of special performances and reports on New Year’s celebrations from around the globe. Ryan Seacrest will lead the traditional countdown to midnight from Times Square in New York City, with live onsite reporting from award-winning actress and co-host Lucy Hale. Multi-platinum artist Ciara will once again ring in the New Year from the West Coast as host of the Hollywood Party, while award-winning Broadway actor Billy Porter will host the 4th annual Central Time Zone celebration, live from New Orleans.

Additionally, country artist Jessie James Decker will reveal the first-ever First POWERBALL Millionaire of the YearSM during this year’s live broadcast of “Dick Clark’s New Year’s Rockin’ Eve with Ryan Seacrest 2020.” Decker will provide live updates from the First POWERBALL Millionaire of the Year party throughout ABC’s live telecast and the big reveal announcing the winner will air just after midnight on January 1, 2020.

Inspired by the themes and raw emotions laid bare in Alanis Morissette’s seminal album of the same name, JAGGED LITTLE PILL is an exhilarating new Broadway musical powered by an original story from Academy Award-winning writer Diablo Cody (Juno, Tully) about The Healys, a seemingly perfect suburban family who strives to hide the cracks beneath the surface when a troubling event shakes their community. Directed by Tony Award winner Diane Paulus (Waitress, Pippin), JAGGED LITTLE PILL is “Urgent, wildly entertaining, and wickedly funny in all the right places” (The Boston Globe), ignited by Morissette’s groundbreaking music – including such hits as “You Oughta Know,” “Head Over Feet,” “Hand In My Pocket,” and “Ironic” – plus brand-new songs written for the show. Declared a “Critic’s Pick” upon its Opening Night on Broadway this month, The New York Times hails JAGGED LITTLE PILL as “joyful and redemptive, rousing and real.” Rolling Stone awards the musical “Four stars! ‘Jagged Little Pill’ Burns with Passion. It’s essential medicine that must be swallowed and enjoyed so we can be cured. I want to see it again, and again.”

Variety calls the musical “Triumphant! Not since Rent has a musical invested so many bravura roles with so much individual life.” BuzzFeed described the show as “stirring, breathtaking and exceptionally relevant…work this ambitious broadens our perspective of what theater can do.” NPR declared, “Morissette’s anthems are now for the ages. Visually interpreted in Jagged Little Pill with an absorbing intimacy and ingenuity, they reach down to our deepest raw selves, regardless of who we are.”

Released on June 13, 1995, the tremendous success of Alanis Morissette’s album Jagged Little Pill skyrocketed her to become the bestselling international debut artist in history; a title she still holds, with the record’s sales at 33 million copies worldwide. Nearly 25 years after its release, Jagged Little Pill continues to be one of the Top 20 Best-Selling Albums of All Time. With nine eclectic and acclaimed albums released over the subsequent twenty years, Morissette’s music has garnered 7 Grammy Awards (with 14 nominations), a Golden Globe nomination, and total sales of over 60 million albums. Atlantic Records has partnered with JAGGED LITTLE PILL for the release of the Original Broadway Cast Recording, adding the production to the label’s elite roster of Grammy Award-winning artists and cast albums. The album is now available online and in stores.

About ABC Entertainment
ABC Entertainment airs compelling programming across all day parts, including “Grey’s Anatomy,” the longest-running medical drama in prime-time television; riveting dramas “The Good Doctor,” “How to Get Away with Murder,” “A Million Little Things” and “Station 19”; the Emmy® Award-winning “Modern Family” and trailblazing comedy favorites “American Housewife,” “black-ish,” “Bless This Mess,” “The Conners,” “The Goldbergs,” and “Schooled”; the popular “Summer Fun & Games” programming block, including “Card Sharks,” “Celebrity Family Feud,” “Holey Moley” and “Press Your Luck”; star-making sensation “American Idol”; reality phenomenon “Shark Tank”; “The Bachelor” franchise; long-running hits “Dancing with the Stars” and “America’s Funniest Home Videos”; “General Hospital,” which has aired for more than 55 years on the network; and late-night talk show “Jimmy Kimmel Live!”; as well as the critically acclaimed hit special ”Live in Front of a Studio Audience: Norman Lear’s ‘All in the Family’ and ‘The Jeffersons.’” The network also boasts some of television’s most prestigious awards shows, including “The Oscars®,” “The CMA Awards” and the “American Music Awards.” ABC programming can also be viewed on ABC.com, the ABC app and Hulu.

About YouTube
Launched in May 2005, YouTube’s mission is to give everyone a voice and show them the world. We believe that everyone deserves to have a voice, and that the world is a better place when we listen, share and build community through our stories. YouTube is a Google company.