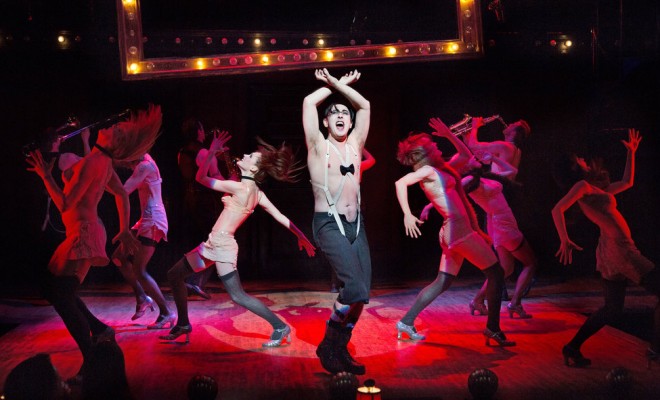 One of the theater’s most brilliant actors is back in one of the most iconic performances of the last 20 years. See what the fuss is about, and what Alan has been up to since he last said “Willkommen”.

Luckily, as all good stories do, Alan’s has come full circle. While his career has flourished over the past 15 years, he has returned home to the role and show that launched him to stardom. If possible, his performance has grown in gravity and in depth. This devastating and powerful production is not to be missed, and Alan Cumming’s return to the Emcee is a gift from the theater gods. Second chances don’t always happen. But we are so glad that this one did.

Cabaret is currently playing through January at Studio 54.

← Previous Story BEHIND-THE-SCENES BUZZ: WILL “SIDE SHOW” MAKE A RETURN TO BROADWAY?
Next Story → STING’S “THE LAST SHIP” SAILS TO BROADWAY THIS FALL