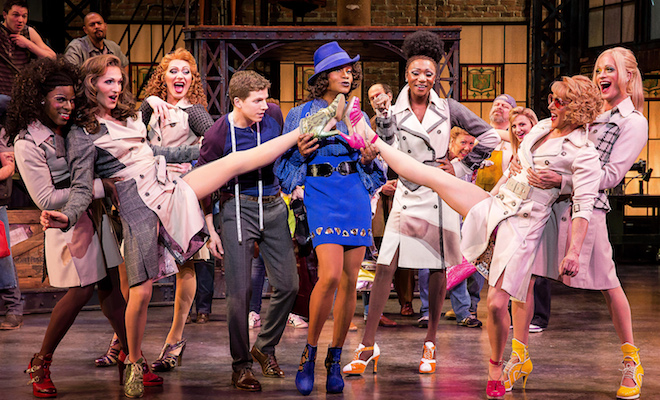 After Record Grosses A Clash On Contracts Ensues Kinky Boots has announced via press release that it has done yet another record week, and not just by a little.  For the week ending December 29th the production pulled in $2,247,239.99.  Pretty astounding considering that its gross potential, according to the Theatrical Index, is only $1,501,020.  But on Broadway whats a cool $746,219.99 more then your potential?  Still it wasn’t even near Broadway’s top grossing shows.  Lion King pulled in $2,666,565.5 for the week breaking its own record at the Minskoff.

Hanging over this is something that has the acting community up in arms and it involves both Disney and Kinky Boots.  Both recently announced that they  would start casting for the First National Tours of Newsies and Kinky Boots.  Normally this would be great news for the acting community, except this time these two shows, of huge financial success, will be offering tiered, not full production, contracts.  Not surprisingly it didn’t go over well.  The blog post by annoyingactorfriend has already garnered over 3 thousand likes and 259 retweets.  Not huge numbers in themselves maybe but it matters more that everyone of those likes and retweets is someone who passionately opposes tiered contracts as the new norm.

The outcome of this will most likely have a huge impact on future contract negotiations and likely set the precedent when it comes to contracts offered for tours.

It seems the call has gone out and on January 10th at 2pm The Eastern Regional Membership Meeting will happen in the Council Room on the 14th floor of the Equity Building.

For more check out www.annoyingactorfriend.com/blog

← Previous Story #LiveLove Album Launch Party Review
Next Story → In Memoriam: The Shows That We Lost In 2013