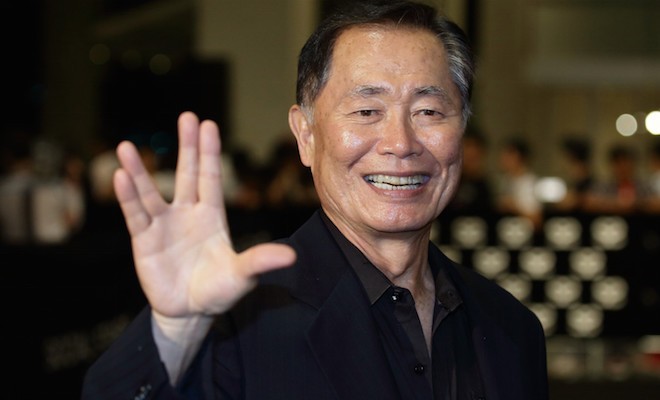 New York, NY (February 5, 2015) – Producers Lorenzo Thione and Andrew Treagus announced today that Allegiance, a new American musical, will open on Broadway next season at a Shubert Theater to be announced. Previews are set to begin on Tuesday, October 6, 2015 with opening night set for Sunday, November 8, 2015. Television and film star George Takei will star in the new musical which had its world premiere in a record-breaking engagement at the Old Globe Theatre in San Diego. Allegiance has book by Marc Acito with music and lyrics by Jay Kuo. Helming the production is Olivier Award nominee Stafford Arima (London’s Ragtime, Off-Broadway’s Bare, Carrie, Altar Boyz).
George Takei, the original and beloved Mr. Sulu from “Star Trek”, film and television star, activist and social media icon, will make his Broadway debut in the production which was inspired by his real life childhood. Allegiance is a touching and uplifting story about a family’s love, loss and heroism during the period of the Japanese –American internment in World War II. A tale that will resonate with everyone: a story you’ve never heard about a family you will never forget.
Producer Thione says, “Allegiance takes audiences on an uplifting and emotional journey into a too-often overlooked moment in American history, and does so with both dignity and humor. The result is life-affirming and extraordinary. After seeing how audiences reacted to this story in San Diego, we knew we had to get it to Broadway.”

Additional information, including complete casting, will be announced shortly. For more information go to www.AllegianceMusical.com