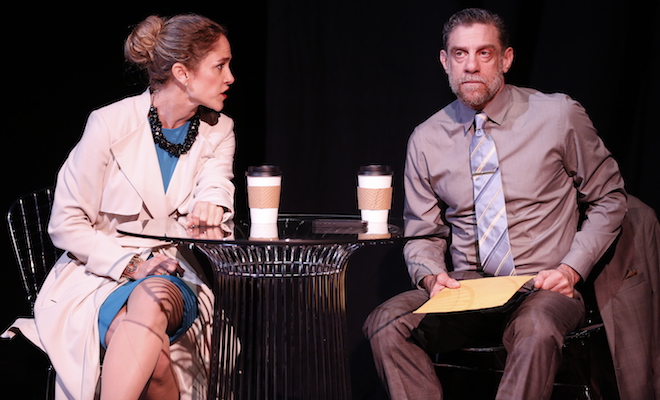 A Class Act to play final performance on August 28th

New York, NY (August 22, 2016) – Due to scheduling conflicts, producer Eric Krebs has announced today A Class Act, the inaugural and relevant new play by attorney and playwright Norman Shabel, will give its final performance on Sunday afternoon, August 28, 2016 at 3:00 p.m. at New World Stages – Stage 5 (340 West 50th Street – between 8th & 9th Avenues) where performances began July 9, 2016 followed by Opening Night on July 25, 2016. The limited engagement was originally scheduled to run through September 4, 2016.

“The response has been so positive to our summer trial run Off-Broadway that we are now committed to re-opening A Class Act in another Off-Broadway theater this fall,” stated long-time producer Eric Krebs. “We expect to have the play back in the Off-Broadway universe by the end of October.”

In A Class Act, when a major chemical company pours cancer-causing waste into the water supply, a high-powered law firm brings a class action lawsuit on behalf of the thousands of people affected. Who wins? Who loses? Who makes millions whether they win or lose? Which lawyers battle the best… or the worst? Does the ordinary person ever realize justice in the end?

Tickets are $65 (orchestra) and $45 (balcony) and can be purchased through Telecharge.com/212-239-6200. Tickets may also be purchased at the New World Stages box office (340 West 50th Street) between the hours of 12 noon and 8pm. The box office is closed on Tuesdays.