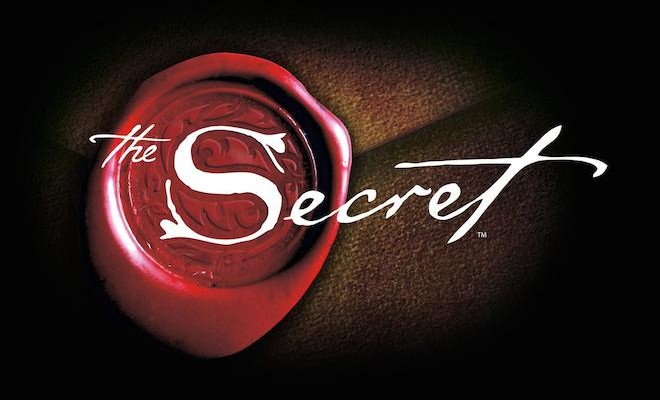 With The Curious Incident of the Dog in the Night-Time (originally a book by Mark Haddon) coming to Broadway this fall, Wicked (originally a book by Gregory Maguire) breaking records after ten years on Broadway, and American Psycho (originally a book by Bret Easton Ellis) wowing audiences in the West End, Stagelight Magazine went on a hunt for the next potential book-to-stage adaptation. This is our list of Top 7 Books That Need To Be On The New York Stage…

7. Memoirs of a Geisha by Arthur Golden
An epic historical novel set in wartime Japan? Epic wartime tales scream Broadway musical… Les Miserables, Miss Saigon, South Pacific… Talk about high-stakes drama! And think about the possibilities for showy, elaborate dance numbers. Geisha are known for their dance, their music, their beautiful costumes, their make-up, their hair… With such a rich history/culture to draw from, this book is ripe for the Broadway picking.

6. The Secret by Rhonda Byrne
You might be thinking that we’ve lost our marbles, but hear us out. With the success of Silence! The Musical (the Silence of the Lambs parody) and more than one Fifty Shades of Grey musical spoof, why not convert The Secret into the next great Off-Broadway parody musical? Imagine a young girl who one day discovers a magical book – The Secret – which sends her on a journey of self-discovery, as she tries to manifest everything she every wanted… ‘hilarity-set-to-music’ ensues. The closing of Forbidden Broadway has left a hole in the spoof market. Maybe Rhonda Byrne can “secret” that she’s the one who gets to fill it.

5. Game Change by John Heilemann and Mark Halperin
Historical American drama is perfect for the Broadway stage – and perfect for winning folks a Tony (just look at last year’s win for Bryan Cranston in All The Way). Similar to the way the HBO film took just a slice from this nonfiction book about the 2008 presidential election, a stage play version could concentrate on any number of story lines (though Sarah Palin’s tale does seem to be the most fascinating). And with Palin-mania still seeming to sweep the country, why not embrace it? Marcia Gay Harden might be too old for the role, but we’d still watch her take a swing at the former VP candidate. After all, she hasn’t won a Tony since 2009 for God of Carnage, so she’s due!

4. Where the Wild Things Are by Maurice Sendak
Big Broadway musicals that appeal to the whole family are a goldmine for producers. This 1963 classic was (not-so-succesfully) made into a film, but hasn’t yet received the stage adaptation it deserves. Everyone loves to watch a musical where the central character is an idealistic young child singing and dancing his/her heart out. Why do you think Billy Elliot ran for so long? And even if it wasn’t the massive Broadway hit producers hoped for, Seussical constantly gets done at theaters around the nation. As soon as Matilda takes its final bow (which may not be anytime soon), there will be room for a new kid-centric musical. And speaking of Matilda…

3. James and the Giant Peach by Roald Dahl
Okay, okay, apparently there already exists a 6 person children’s theater version of James and the Giant Peach. But with the success of Dahl’s Matilda on Broadway and Charlie and the Chocolate Factory in the West End, there is certainly room for a musical adaptation of this 1961 classic. Puppetry and elaborate costumes can be used for characters like the Centipede or the Spider. And the novel is quite epic in nature – imagine a better written, more fully developed, more kid-friendly Big Fish. And as with Where the Wild Things Are, families = cash at the box office, so it’s probably only a matter of time before this one gets snatched up.

2. The Road by Cormac McCarthy
You don’t necessarily think of Broadway when you think of dystopian science fiction novels. But with an adaptation of Orwell’s 1984 nominated for a 2014 Olivier Award in the West End, it seems like we might want to give these sci-fi stories another glance. It’s only a matter of time before someone creates a parody musical of The Hunger Games. But why not create a play version of this 2006 McCarthy novel? A man and a boy traveling alone in a post-apocalyptic world carrying a revolver and only two bullets? If that isn’t high stakes drama, we don’t know what is!

1. The Alchemist by Paulo Coelho
This 1988 best-selling novel by Paulo Coelho follows the story of a shepherd boy named Santiago as he goes on an epic journey around the world in search of his destiny or “Personal Legend”. An Alchemist musical in the hands of someone like Jason Robert Brown could be exactly what the doctor ordered. However, we think Santiago’s tale could just as successfully be told in a straight play adaptation. Either way, this is the perfect opportunity for an upcoming young actor to make waves in the Broadway community a la John Gallager Jr. in Spring Awakening.