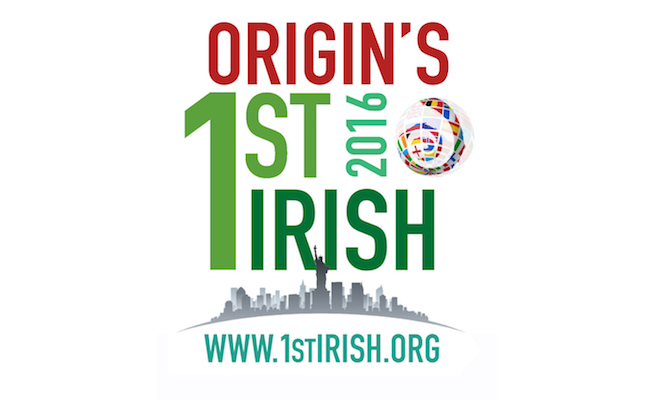 8 PLAYS IN COMPETITION, 2 NEXT GENERATION SHOWS, & 3 SHOWS OUT-OF-COMPETITION ARE PART OF FOUR-WEEK FESTIVAL SEPT 6 TO OCT 3

The 9th annual Origin’s 1st Irish Theatre Festival, New York’s all-Irish theatre festival and the world’s only festival devoted exclusively to producing the plays of contemporary Irish playwrights from around the world, runs from September 6 to October 3 this year. A total of 8 productions from Belfast, Dublin, Toronto and New York will be seen in competition. 5 US premieres, 2 world premieres and 2 special productions, seen out-of-competition,

MAINSTAGE SHOWS — IN COMPETITION, UP FOR REVIEW

1 “Quietly” (Dublin-New York) The Irish Repertory Theatre, in association with The Public Theater, presents the Abbey Theatre’s acclaimed production of Owen McCafferty’s “Quietly,” in its American premiere. Directed by Jimmy Fay (the artistic director of The Lyric Theatre in Belfast), “Quietly” tells the story of the chasm between sides as it’s experienced in the silence after the Good Friday Agreement when two friends meet after 20 years. This production inaugurates the Irish Repertory Theatre’s newly refurbished mainstage theater at 132 West 22nd Street. “Quietly” began on July 20, and runs through September 11.

2 “Crackskull Row” (New York) the cell presents the world premiere Honor Molloy’s “Crackskull Row,” directed by three-time 1st Irish Best Director Kira Simring. Released from prison thirty years after a horrific crime, a man returns to Dublin to visit his ailing mother, and together they confront the ghosts of the past. Melding reality and myth, “Crackskull Row” performs at the Workshop Theater, 312 West 36th Street, from September 1 to 25.

4 “The Birds” (Toronto-New York) The NY and Toronto-based Birdland Theatre presents Conor McPherson’s bold and suspenseful retelling of Daphne du Maurier’s short story, “The Birds,” in its New York premiere. Directed by Stefan Dzeparoski, with Antoinette LaVecchia, Tony Naumovski and Mia Hutchinson-Shaw, this story of sanctuary-seeking travelers who look for safety in all the wrong places, was the basis of Alfred Hitcock’s “Birds.” At 59E59 Theaters, 59 East 59th Street, September 9 to October 2.

5 “TBA” (New York) Legendary director Joe Dowling — who stepped down as artistic director of The Guthrie Theatre in Minneapolis (which he led for 20 years) after the 2014/15 season — will be a special guest director at the Irish Rep in a Festival play to be announced.

6 “How to Keep an Alien” Dublin’s famously adventurous Rough Magic Theatre brings us Sonya Kelly’s tearfully funny tale of two girls trying to persuade the Department of Immigration to let them live as a married couple in Ireland. Seizing on two of the burning issues of the day — same-sex marriage and immigration — “How to Keep an Alien” reunites Kelly (writer and performer) with director Gina Moxley (the two collaborated in the 2013 Origin’s 1st Irish Festival with “I Can See Clearly Now [The Wheelchair on my Face],” a NY Times Critics’ Pick). Winner of the Tiger Dublin Fringe Best Production Award in 2014, the show toured extensively in the British Isles in 2015, and was part of the 2015 Edinburgh Festival Fringe. The US premiere at the Irish Arts Center, 553 West 51st Street, runs from September 15 to October 1.

NEXT GENERATION SERIES — IN COMPETITION, UP FOR REVIEW

Origin’s Next Generation Series, a development series in which carefully selected plays are seen for the first time in small workshop productions. This year’s series consists of two plays seen in rep at the cell, 338 West 23rd Street, September 28 to October 2.

7 “Dorothy of Nowhere” (New York) by newcomer Thomas Burns Scully, is the winner of last year’s Origin’s WB Yeats Emerging Playwright Competition, co-sponsored by the Abbey Theatre in Dublin and The Consulate General of Ireland in New York. It tells the story of a teenage girl who sees her worldview shift radically as she discovers love, poetry and stark tragedy all at once. The world premiere is directed by Christopher Randolph.

8 “Appendage” (New York) Derek Murphy’s bloody awful comedy tells what happens when a man hit by a car is carried into the home of his vehicular assailant to meet the family. This play was already performed in Northern Ireland where it proved to be a knock-out, Irish Theatre Magazine calling it “compelling… extraordinary.” US premiere directed by Joseph Hendel with a New York-based cast including Tim Ruddy and Christopher Randolph.

OUT-OF-COMPETITION — UP FOR REVIEW

9 “WexFour” a special one-night presentation, directed Ben Barnes, of “WexFour,” an evening of four short plays by the celebrated Wexford playwrights John Banville, Eoin Colfer, Billy Roche and Colm Toibin. Commissioned to commemorate the 40th anniversary (in 2014) of the Wexford Arts Centre, the plays have never been seen on these shores. The four playwrights will be present for the evening, on Wednesday September 28, 7pm at the Lincoln Center Library of the Performing Arts Bruno Walter Auditorium, 111 Amsterdam Avenue.

10 “ShakesBEER” New York Shakespeare Exchange, the company that popularizes Shakespeare for diverse, contemporary audiences in new and timely ways, stages a new round of its popular, immersive pub crawls taking place in four pubs of an afternoon. Featured in the cast is Broadway’s Hannah Elless (recently of “Bright Star”); classic scenes from “Romeo & Juliet,” “As You Like It,” “The Merry Wives of Windsor” and a surprise from Martin McDonagh’s “The Cripple of Inishmaan.” Starts at The Gaf, 401 West 48th Street (at 9th Avenue), Saturdays September 10 & 17, from 3pm to 6pm. Tickets include four drinks — beer/wine/select cocktails.

Origin Theatre Company (Heslin is the artistic director) is a year-round theatre company based in New York devoted to presenting the American premieres of new works by Europe’s brightest contemporary playwrights. Over the past 14 years, Origin has introduced works by 150 playwrights to US audiences, from such countries as Sweden, Romania, Macedonia, Norway, Ireland and the United Kingdom.