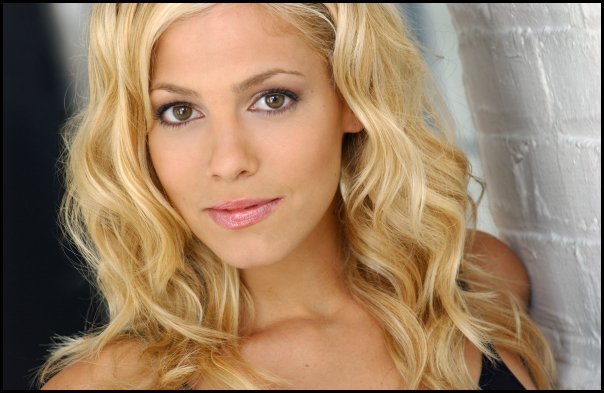 Harmony is a spectacular new musical with an original score that celebrates the first sensational boy band: The Comedian Harmonists, six talented young men who came together in 1920s Germany and took the world by storm with their signature blend of sophisticated close harmonies and uproarious stage antics. Click here for tickets!

Hannah Corneau and Leigh Ann Larkin in Barry Manilow’s “Harmony”, Photo Credit: Greg Mooney1. You are currently starring in Harmony, Barry Manilow and Bruce Sussman’s new musical at The Alliance Theatre in Atlanta, GA through October 6. What initially attracted you to this show? The story. 100%. And also the strength of the character that I play, “Mary.” It’s not often in musical theater that a great story is told. Not to mention a story that people should hear and know about. Both the script and the score are just magnificent.

2. What has it been like getting to learn from Barry Manilow himself? Barry is incredible!!! So kind, supportive, and collaborative. He is also an incredible musician and an incredible talent. Barry knows how to write music and he knows exactly what works. People will be floored by his new music. It is very different from his pop anthology. It is musical theater music at its best. Between his music and Bruce Sussman’s book and lyrics it is a brilliant and magnificent piece of theater.

3. What do you identify most with about your character “Mary”? Her strength. It seems like I do gravitate and play a lot of strong women! Lol! But she is also very smart, very knowing, and has a lot of heart.

Leigh Ann Larkin and Shayne Kennon in Barry Manilow’s “Harmony”, Photo Credit: Greg Mooney4. What do you hope audiences come away with after seeing the show? An awareness of these six men, the women they loved, and what they all went through. I also hope that they leave humming some beautiful music. Each audience member will have a different emotional journey which is just one of the reasons this show is so special.

5. What do you enjoy most about performing at The Alliance Theatre? I love the art and passion that this theater celebrates!! The Alliance believes in the heart and soul of the theater which lends itself to making great art. It’s an incredible place to work.

6. Tony Yazbeck, who was your co-star in Broadway’sGypsy is now co-starring with you in Harmony. What has been the best part about working with him again? It’s always great reuniting with other actors that you know because you have already developed a professional rapport. He is very talented and adds his spark to every show. We have known each other for such a long time. Even before Gypsy! It’s comforting to walk in a room, starting a new project and see a familiar face.

Leigh Ann Larkin, Photo Credit: Kristy Firg7. What have you learned about yourself from being a performer? That I will never ever stop growing. I will never stop striving to be better. I will always give 100%. I’ve also learned to appreciate the normal everyday things in life and to be very grateful for everything that I have. I love what I do so much and don’t take a minute of it for granted.

8. What’s the best advice you’ve ever received? To never, never give up and to be thankful for everything.

9. In this day and age of social media. How do you feel Social Media has enhanced your career? Oh boy! Lol! I’m kind of terrible at social media and definitely need to get better!! Any advice?:)

10. If you could have any super power, which one would you choose? Probably to fly or beam myself somewhere. That would make things so much easier when it comes to seeing those that I love more frequently when I am away from them.

← Previous Story Desiree Rodriguez: Why Are You Beasting Interview
Next Story → TERRA C.