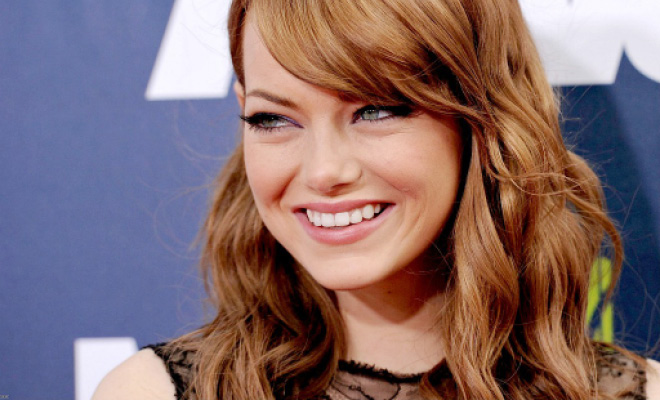 THE TOP 10 THEATRE STORIES YOU NEED TO KNOW THIS WEEK

Who will be Cabaret’s next Sally Bowles? Which Broadway musical just announced it will be moving to the big screen? Which movie star had her song cut from the Into the Woods film? Find out all this – and more – with this week’s Top 10 Theater Stories!

10.
The Bullpen brings one man’s story about being in prison to the NY stage Joe Assadourian wasn’t an actor before his 12 year stint in prison.  But now he’s bringing his story about life on the inside to The Playroom Theater through November 22. The reviews of his one-man show have been stellar, with the Times calling Mr. Assadourian “extremely funny” and “one terrific actor”.  Check out Stagelight’s review HERE.

The hit Disney production Newsies will close this Sunday after over two years of performances on Broadway. But don’t be too sad – with a jam-packed Disney vault, it’s only a matter of time before the next big-budget musical arrives. There have already been whispers that last year’s Frozen will have a stage adaptation sooner rather than later. Unfortunately, this Susan Stroman/Woody Allen extravaganza never found its core Broadway audience.  After a disappointing turn at the Tony’s and a relatively short run, Bullets will close Sunday, August 24.  But that doesn’t mean you shouldn’t try to get tickets before then… check out what Stagelight Magazine thought of Bullets Over Broadway right HERE.

Several of the most popular shows in this year’s Fringe Festival have already been given extra performances. One of our favorites – Jump Man – is on the short list of shows receiving a longer run. Check out all of Stagelight’s Fringe coverage, including our review of Jump Man: A Mario Musical (based on the grown-up Mario Bros) HERE. Fringe runs through August 24, so get your tickets to New York’s hottest play festival while you still can!

6.
Meryl Streep loses her new song in the upcoming Into the Woods film Were you as excited as we were to hear that Stephen Sondheim had penned a new song for Meryl Streep to sing in the upcoming Into the Woods movie?  Well, unfortunately the song didn’t make the film’s final cut.  But don’t fret too hard, as we’re sure Meryl will blow us away with her rendition of “Children Will Listen”!  See the Into the Woods trailer HERE.

Famed stage and screen actress Lauren Bacall passed away this week at the age of 89. Bacall was no stranger to the Broadway stage, having made her debut in Johnny 2×4 in 1942. She won Tony Awards for her roles in Applause in 1970 and Woman of the Year in 1981. Bacall most recently appeared on Broadway in the play Waiting in the Wings in 2000. We will surely miss this theater and film icon.

The world lost a national treasure this week with the death of comedic genius Robin Williams. From his work on the small screen in Mork and Mindy, to the big screen in Good Morning, Vietnam and Mrs. Doubtfire, to the Broadway stage in 2002’s Robin Williams: Live on Broadway and 2011’s Bengal Tiger at the Baghdad Zoo, his comedy and his work touched the lives of millions of people around the world.

3.
Sting and Patti LuPone share the stage in a one-night-only benefit concert for LGBTI rights Tickets are now on sale for the September 15 concert Uprising of Love, which will star Patti LuPone and Sting, and which will feature a script by Dustin Lance Black (Academy Award-winning writer of Milk). While the Gershwin Theatre on Broadway is quite large, seats are bound to go fast for this LGBTI benefit, especially as even more casting is announced in the coming weeks.

2.
Jason Robert Brown’s 13 to get a big screen adaptation Jason Robert Brown is on a roll! Writing music and lyrics for the upcoming Broadway musical Honeymoon in Vegas and last season’s Bridges of Madison County isn’t quite time-consuming enough for Mr. Brown. With a big-screen adaptation of his hit off-Broadway musical The Last Five Years already on the way, it has now been announced that 13 – his 2008 musical about being, well, 13 – will also be made into a movie. We can’t wait to hear which up-and-coming actors they cast!

1.
And the next Sally Bowles is… UPDATE: EMMA STONE IS TO BE THE NEXT SALLY BOWLES; CABARET EXTENDS UNTIL SPRING!