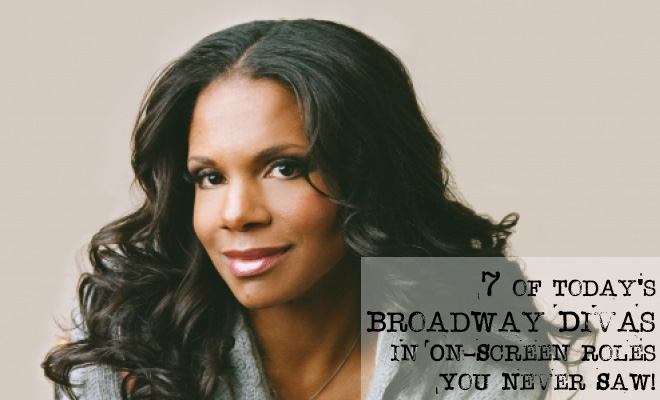 Have you seen all of these? Bet you haven’t….

You might not remember that Kelli dazzled us in true Sex and the City fashion as wedding guest “Ellen” in the opening of this high budget sequel. While Liza’s rendition of “Single Ladies” may be the most memorable, we couldn’t stop checking out Kelli’s sexy Miu Miu pumps! 5.  Sutton Foster in Flight of the Conchords

Everyone’s favorite “bunhead” Sutton Foster guest-starred in three episodes of the short-lived HBO comedy back in 2007. And she must have been one busy lady, as she appeared on the Broadway stage that year in The Drowsy Chaperone AND Young Frankenstein. Forget about Frozen. We loved Idina even back when she played opposite Amy Adams and Patrick Dempsey in the 2007 Disney flick Enchanted. While she didn’t get to show off those solid gold vocals this time around, we loved watching her fall for the ever-so-dreamy Prince Edward (aka James Marsden). Okay, it hasn’t come out yet. But that doesn’t mean we aren’t hungry for Patina Miller’s upcoming turn as Commander Paylor in the last two Hunger Games films. Though she plays a supporting role in these flicks, Patina will always be the “Leading Player” in our hearts. 2 AND 1. Eden Espinosa and Megan Hilty in Ugly Betty.

Of COURSE we all remember blonde-bombshell Meg Hilty’s portrayal of Ivy on Smash, and of COURSE we love every note that comes out of Eden’s mouth. But do you remember the episode when Miss Ugly Betty herself went to see Wicked on Broadway? We couldn’t contain ourselves spotting Meg as Glinda and Eden as Elphaba!