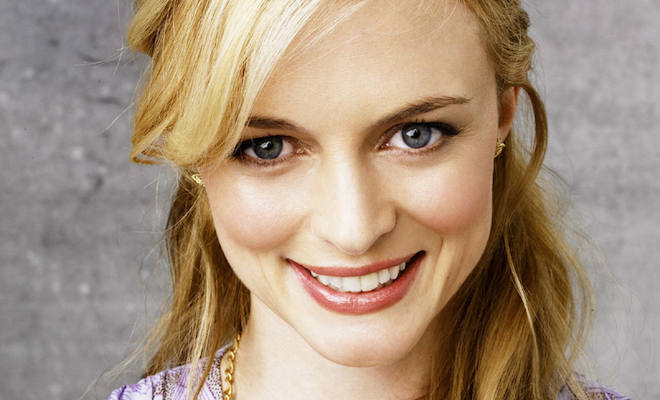 CASTING ANNOUNCED FOR “THE MONEY SHOT”

Co-Artistic Director of MCC Theater Will Cantler said, “This is our ninth collaboration with our Playwright-in-Residence, and this time he’s delivered everything we expect in a Neil LaBute play, and funnier — with a wrestling match.  We can’t wait to bring this play to life with this great cast and reunite Neil with director Terry Kinney.”

In The Money Shot, Karen (Graham) and Steve (Weller) are glamorous movie stars with one thing in common: desperation. It’s been years since either one’s had a hit, but the latest movie by a hot shot European director could change that.  The night before filming a big scene (that seems destined to assure them a spot back on the pop culture radar), Karen, her partner Bev (Thorne), Steve, and his aspiring actress wife Missy (Crovatin) meet in order to make an important decision: how far will they let themselves go to keep from slipping further down the Hollywood food chain?  The Money Shot reunites Neil LaBute with director Terry Kinney (Reasons to be Pretty) for a hilarious and insightful comedy about ambition, art, status and sex in an era – and an industry – where very little is sacred and almost nothing is taboo.

The cast features: film star Heather Graham, whose nearly three-decade-long acting career includes memorable performances in Boogie Nights, Drugstore Cowboy, The Hangover 1 & 3, Austin Powers: The Spy Who Shagged Me and At Any Price, among many others;  Gia Crovatin, of Showtime’s “Californication” and LA Theatreworks’ productions of LaBute’s Reasons to Be Pretty and Reasons to Be Happy; stage and screen actress Callie Thorne, a 2012 Golden Globe nominee for her work on the USA series “Necessary Roughness”; and Fred Weller, most recently on Broadway opposite Tyne Daly in the Tony® nominated Mothers and Sons and last seen at MCC in LaBute’s Reasons to Be Happy, for which he was nominated for a Lucille Lortel Award.

Prolific playwright and filmmaker Neil LaBute is the author of the renowned plays The Shape of Things, Fat Pig, Reasons to Be Happy, and Reasons to Be Pretty, the latter of which served as his Broadway debut in 2009, for which he received a Tony Award nomination for Best Play.  On stage, he previously directed his plays The Mercy Seat, Wrecks, and The Shape of Things.  For film, LaBute wrote and directed the Cannes Palme d’Or finalist Nurse Betty, Your Friends & Neighbors, The Shape of Things, and In the Company of Men, for which he won the Independent Spirit Award and New York Film Critics Circle Award for Best First Feature.  He also directed the hit dark comedy Death at a Funeral.  LaBute is currently the Playwright-in-Residence at MCC Theater.

Director Terry Kinney is a co-founder of Steppenwolf Theatre Company.  His directing credits there include The Violet Hour, A Streetcar Named Desire, A Clockwork Orange, Of Mice and Men, and One Flew Over The Cuckoo’s Nest, which moved to Broadway and won a Tony Award for Best Revival of a Play.  NYC directing credits include the world premiere of Checkers by Doug McGrath, reasons to be pretty for MCC and Broadway,  After Ashley and Beautiful Child at the Vineyard Theatre, among others.  Upcoming projects include  Sins of the Mother by Israel Horowitz, and Rear Window, adapted by Keith Reddin. Mr. Kinney’s film directing credits include the short film Kubuku Rides (This Is It) for Steppenwolf Films, andDiminished Capacity with Matthew Broderick and Alan Alda.  Film appearances include Save the Last Dance, Sleepers, Fly Away Home,  Last of the Mohicans, The Firm, Devil in a Blue Dress, and Turn The River.  TV credits include Tim McManus in HBO’s prison drama Oz, The Mentalist, The Unusuals (ABC), The Laramie Project, thirtysomething, Kidnapped,  Black Box, George Wallace, and The Good Wife with Julianna Margulies.

All performances of The Money Shot will offer $30 Under 30 seating, with Rush seats available two hours prior to each curtain, pending availability, for $30 to patrons 29 years old or younger on the day of the performance.  Advanced $30 Under 30 seating is also offered online for each performance, with tickets available for pick-up at will call with valid ID.  One ticket per ID.  No exceptions.  Additionally, $20 Student Rush tickets for full-time high school and college students, 20 minutes before curtain (cash only) with valid ID.  General tickets are $69-$125 and are available by visiting www.mcctheater.org or calling 212-352-3101.  In person transactions may be made beginning August 26 at the Lortel Theatre box office.

The 2014-15 MCC Theater Main Stage Season will also feature: the New York premiere of Punk Rock, a new play by Simon Stephens, the playwright of the Broadway-bound British import The Curious Incident of the Dog in the Nighttime and directed by Trip Cullman (October 29-December 7, 2014); the New York premiere of Jennifer Haley’s The Nether, winner of the Susan Smith Blackburn Prize to be directed by Anne Kauffman (February 4-March 15, 2015); and the world premiere ofPermission, the latest work by Hand to God playwright Robert Askins (April 29-June 7, 2015).

MCC Theater – founded in 1986 as Manhattan Class Company – is driven by a mission to provoke conversations that have never happened and otherwise never would.  Led by Artistic Directors Robert LuPone, Bernard Telsey, William Cantler, and Executive Director Blake West, MCC fulfills its mission by producing new work that challenges artists and rewards audiences, and by nurturing the development of playwrights and students through a variety of literary and education programs that enable nearly 1,200 New York City high school students to find – and use – their own unique voice each year through the creation and performance of original theater pieces.  MCC currently produces its annual season at the Lucille Lortel Theatre (121 Christopher Street) and will open its own two-theater complex on West 52nd Street and 10th Avenue in 2017.  Notable productions include the recent hits Hand to God and Small Engine Repair; The Village Bike; The Other Place; Really Really; The Submission, winner of the inaugural Laurents/Hatcher Foundation Award for new American plays; The Pride; Fifty Words; Nixon’s Nixon; The Grey Zone; the Tony Award-winning Frozen; the Pulitzer Prize-winning Wit; the re-imagined production of the musical Carrie; and eight plays by Playwright-in-Residence Neil LaBute, including Fat Pig, Reasons to Be Pretty and Reasons to Be Happy.

Since her breakout role in Gus Van Sant’s Drugstore Cowboy, for which she received an Independent Spirit Award nomination, Heather Graham has worked consistently with the industry’s most respected actors and directors. Her performances include; Doug Liman’s Swingers with Jon Favreau and Vince Vaughn; Paul Thomas Anderson’s Boogie Nights with Mark Walhberg and Julianne Moore; Frank Oz’sBowfinger with Steve Martin and Eddie Murphy; Jay Roach’s Austin Powers: The Spy Who Shagged Mewith Mike Myers and Todd Phillips’ The Hangover and The Hangover 3 with Bradley Cooper and Zach Galifianakis.

Most recently, Graham garnered critical praise for her season-long arc on Showtime’s award-winning series, “Californication.” She starred in Lifetime’s Flowers in The Attic and its sequel Petals on the Wind, which reaped the network two of its highest-rated original movie performances of recent years. She also co-starred in Ramin Bahrani’s At Any Price, which debuted at the Toronto and Venice Film Festivals, and released nationwide in April 2013.

Fred Weller received an Ensemble Drama Desk Award for his work in the Tony Award-winning Broadway revival of Glengarry Glen Ross; a Lucille Lortel Award nomination for the Off-Broadway productions of Neil Labute’s The Shape of Things and most recently Reasons to Be Happy; a Drama Desk Award nomination for his appearance as Shane Mungitt in the Tony Award-winning play Take Me Out; another Drama Desk Award nomination for his work in Terrence McNally’s Drama Desk-nominated play Some Men; and an Ensemble Obie Award for the Off-Broadway production of Curtains.  Weller has also played lead roles in many successful independent films, including Neil Labute’s The Shape of Things (with Paul Rudd and Rachel Weisz), James Tobak’s When Will I Be Loved (opposite Neve Campbell), The Business of Strangers (with Stockard Channing and Julia Stiles), and Neil LaBute’s 10×10.  Last year, Fred wrapped shooting guest starring roles on “The Michael J. Fox Show” for CBS, “Those Who Kill” for A&E and a recurring role on Amazon’s hit new show, “Alpha House.”  Fred also starred in the USA Network hit series “In Plain Sight,” and has been recurring on CBS’s hit drama “The Good Wife.”  Most recently, Fred starred in the Broadway production of the Tony-nominated Mothers and Sons.

Neil LaBute burst onto the filmmaking scene at the 1997 Sundance Film Festival with his feature debut, In the Company of Men.  The film went on to win the Filmmaker Trophy at the festival, as well as the New York Film Critics Circle Award for Best First Feature.  In addition to Sundance, it screened at the Cannes, Edinburgh, and Deauville Film Festivals and won two Independent Spirit Awards.

Following on the success of In the Company of Men, LaBute continued to push boundaries on screen and stage and has established himself as both a leading playwright and film writer/director.  Among his films are Your Friends and Neighbors, Nurse Betty, The Shape of Things, Lakeview Terrace, Some Velvet Morning and the short films sexting and BFF.  His most recent feature film is Dirty Weekend, starring Matthew Broderick and Alice Eve.  It is currently in post-production and will premiere fall of 2014.

LaBute’s plays have been Tony and Olivier Award nominated and staged throughout the world.  They include bash: latter-day plays, The Shape of Things, The Mercy Seat, The Distance From Here, Autobahn, Fat Pig, Some Girl(s), This Is How It Goes, Wrecks, Filthy Talk for Troubled Times, In a Dark Dark House, reasons to be pretty (Tony Award nominated for Best Play), The Break of Noon, In A Forest, Dark And Deep, Reasons to Be Happy and the forthcoming MCC premiere The Money Shot.  LaBute is also the author of Seconds of Pleasure, a collection of short fiction which was published by Grove Atlantic.